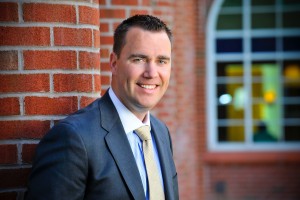 Ryan M. Cleckner is a problem-solver and firearms expert who became an attorney so that he could help protect gun owners and the firearms industry.

Cleckner, a former special operations sniper team leader in the U.S. Army’s 1st Ranger Battalion, is a combat veteran with multiple deployments overseas. Following his service, Cleckner became a sniper instructor and competitive shooter. He has appeared numerous times on the History Channel’s “Top Shot” program as a featured sniper expert, he has a series of popular online firearm instructional and demonstration videos, and is currently writing a book on long-range shooting.

After his service, Cleckner attended Quinnipiac University School of Law as a Dean’s Scholar where he graduated with honors. As a firearms industry executive he has managed federal government relations for the firearms industry’s trade association (NSSF), established and managed the compliance department for the industry’s largest firearm and ammunition manufacturer as a Vice President of Remington Outdoor Company (Remington, Marlin, AAC, Bushmaster, DPMS, Barnes, and others), and has served as a board member on the Sporting Arms Ammunition Manufacturers’ Institute (SAAMI).

Cleckner is known in the firearms industry as a firearm law subject matter expert. As an advocate for the firearms industry, Cleckner has established a strong relationship and great reputation with the ATF and its senior leadership. Let him help you by finding, preventing, and solving problems.