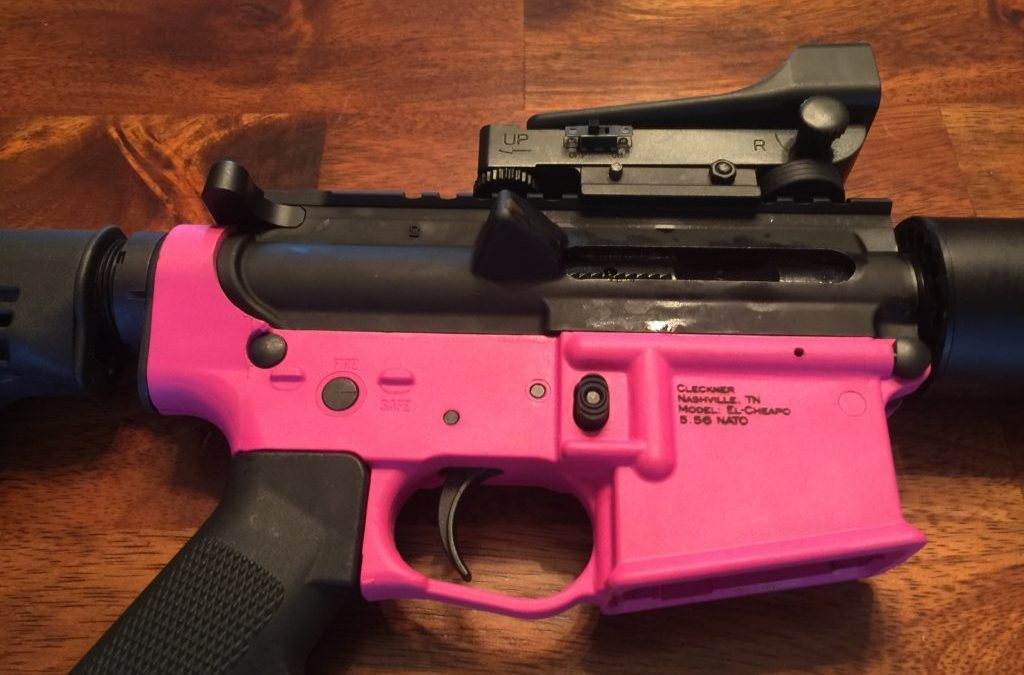 My cousin, Jason Cleckner, and I decided to hold a rifle building competition. He had just finished building his precision AR-15 rifle and he was eager to start another project. His plan was to build a budget AR-15 and I told him he was crazy – surely you could buy a “cheap” AR-15 for less money than you could build one. As we discussed how cheaply an AR-15 could be built, our idea for the contest to see who could build the cheapest rifle was born.

To make it as fair as possible (we were both convinced that the other would cheat), we set up some ground rules for our contest.

Neither of us thought that we could build a rifle which conformed to the rules above under $500.  We were wrong.  Within a couple of weeks, Jason and I were finished and compared prices before range-testing.  Jason broke the $500 mark with a total build price of $449.69.  I was able to break the $400 mark, however, and built my rifle for $378.54.

Here are pictures of my entry into our “El Cheapo” contest:

Despite mine costing less, we needed to confirm each rifles’ ability to function on the range.  After-all, even though mine was cheaper, if it didn’t function and Jason’s did – I’d lose.  Here is some video I took of the rifle at my local indoor shooting range:

My rifle functioned flawlessly!  This means that I won a competition with no prize. 🙂

To be fair, I knew that I wasn’t going to keep my rifle.  I said on the podcast that I’d give my rifle away whereas Jason intended to keep his.  Therefore, where I went as cheap as physically possible in an effort to win even if my rifle was obnoxious (it is), Jason went cheap as possible for a rifle that he’d like to have and keep.

For your reference, at the bottom of this post is a build-list of the components we used in case you’re interested in building your own.  We both heavily used PrimaryArms.com and Jason found some great deals on Palmetto State Armory and I found some on Wise Arms.  My secret to finding the lowest prices?  I used slickguns.com to search for parts and then sorted by lowest price!

As noted above, I am giving my rifle away.  I decided to start a contest on Facebook which ends on December 15th, 2016.  You can enter the contest by either making a donation to the Sua Sponte Foundation or by leaving a review for the Long Range Shooting Handbook.  Read more about the contest and ENTER HERE.